Carbon monoxide alarms incorporate a CO sensor, control components and an alarm notification appliance in a single unit. These devices may be either battery powered or connected with permanent wiring to an ac or dc power source. Standby (battery) power is provided on all ac powered CO alarms. CO alarms are intended for installation in dwelling units, recreational vehicles, mobile homes, and recreational boats with enclosed accommodation spaces and cockpit areas.  A single station CO alarm operates independently of other alarms. A multiple station CO alarm is essentially a single station unit that can be interconnected to other CO alarms so that the actuation of one unit causes an alarm signal to operate in all interconnected units.

CO alarms are Listed in the Single and Multiple Station Carbon Monoxide Alarms category (CZHF). These units are investigated in accordance with UL 2034, the Standard for Safety for Single and Multiple Station Carbon Monoxide Alarms. Listings are available for a variety of CO alarms, including single station, multiple station, and alarms for travel and recreational vehicle use. Combination alarms that comply with both smoke alarm and CO alarm requirements (UL 217 and UL 2034) are also Listed in this category.

Studies have shown that the severity of CO poisoning is based upon the concentration of CO in a victim’s bloodstream. Symptoms may progress from a slight headache to nausea, dizziness, drowsiness, vomiting, collapse and ultimately death as carboxyhemoglobin (COHb) levels increase in the bloodstream and displace oxygen. The level of COHb in the bloodstream may increase relatively slowly due to exposure to low concentrations of CO or more quickly when higher CO concentrations are present. The UL 2034 Sensitivity Test is based on a 10% COHb level, which may be imperceptible or produce only a slight headache. This should be taken into consideration when a CO alarm activation is reported. 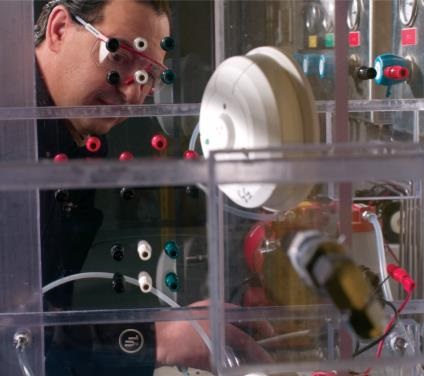 Listed CO alarms must pass a number of performance tests that verify they operate reliably under a variety of conditions likely to be found in a residential environment. This includes operating within specified response times when exposed to several different CO concentrations. The higher the concentration the quicker a unit must respond. Units are also tested to determine that they do not operate at lower CO concentrations–exposure times so they do not generate nuisance alarms due to background CO that may be related to traffic or normal operation of fuel burning appliances. They also cannot alarm when exposed to other vapors that may be present in a residence, such as methane and ammonia.

The audible alarm signal for CO alarms consists of a temporal 4-tone pattern consisting of four spaced tones followed by a five-second silent period that repeats for at least four minutes. After four minutes the five-second silent period is allowed to increase to 60 seconds. The alarm signal repeats until the alarm resets or the alarm signal is manually silenced. CO alarms may also have a visible alarm indicator. In comparison UL 217, the Standard for Safety for Single and Multiple Station Smoke Alarms, requires smoke alarms and combi-nation smoke-CO alarms to generate a temporal 3-tone pattern when smoke is detected.

CO alarms should be installed, tested and maintained in accordance with their Listing and the manufacturer’s instructions. Activating the manual test switch on the unit will cause the audible and visible alarm indicators to be activated.  Newer CO alarms also produce an end-of-life signal that indicates when the device has reached the end of its useful life and should be replaced. This signal is distinct from CO and smoke alarm signals, but may be the same as other trouble signals, such as a low-battery signal.

For new construction, the 2018 International Residential Code (IRC) requires Listed UL 2034 CO alarms to be installed outside of each separate sleeping area in the immediate vicinity of the bedrooms in dwelling units within which fuel-fired appliances are installed and in dwelling units with attached garages. Where more than one CO alarm is required for new construction, the IRC requires the alarms to be interconnected and permits wireless technology. State or local regulations may also require CO alarms be installed in certain existing dwelling units . NFPA 72, the National Fire Alarm and Signaling Code incorporates the requirements for CO alarms previously covered in NFPA 720. NFPA 72, Sections 17.12 and 29.7, includes similar requirements for the installation of CO alarms, along with additional requirements for a distinctive alert tone, power supplies, installation, maintenance and testing.

What to do if a CO alarm sounds

If a CO alarm in your home sounds, immediately move to a fresh air location outdoors or by an open window or door. Make sure everyone inside the home is accounted for. Call your local emergency services, fire department or 9-1-1. DO NOT reenter the premises until the emergency services responders have given their permission. If a CO alarm reactivates within a 24-hour period, press the reset button, call emergency services and move to fresh air. Call a qualified technician to examine and/or turn off fuel burning appliances or other sources of combustion. It’s crucial that the source of the CO is determined and appropriate repairs are made.

Remember, an alarm indicates elevated levels of CO in your home. Some people can be exposed to dangerous levels of CO and not feel any symptoms. Regardless of whether or not symptoms of CO poisoning are present, never ignore the alarm. Besides making sure CO alarms are installed in required locations, the code authority should rely on the manufacturer’s installation instructions for details on power supplies, wiring and installation.

CO alarms play an important role in protecting occupants against carbon monoxide poisoning in residential dwelling units. As a code authority, having a basic understanding of CO poisoning, CO alarms, how they are Listed, and how they are to be installed and maintained can help you better protect the citizens in your communities from this invisible killer.

Copyright © material from Issue 3, 2009, The Code Authority newsletter. This material may not reflect changes that have occurred since its original publication